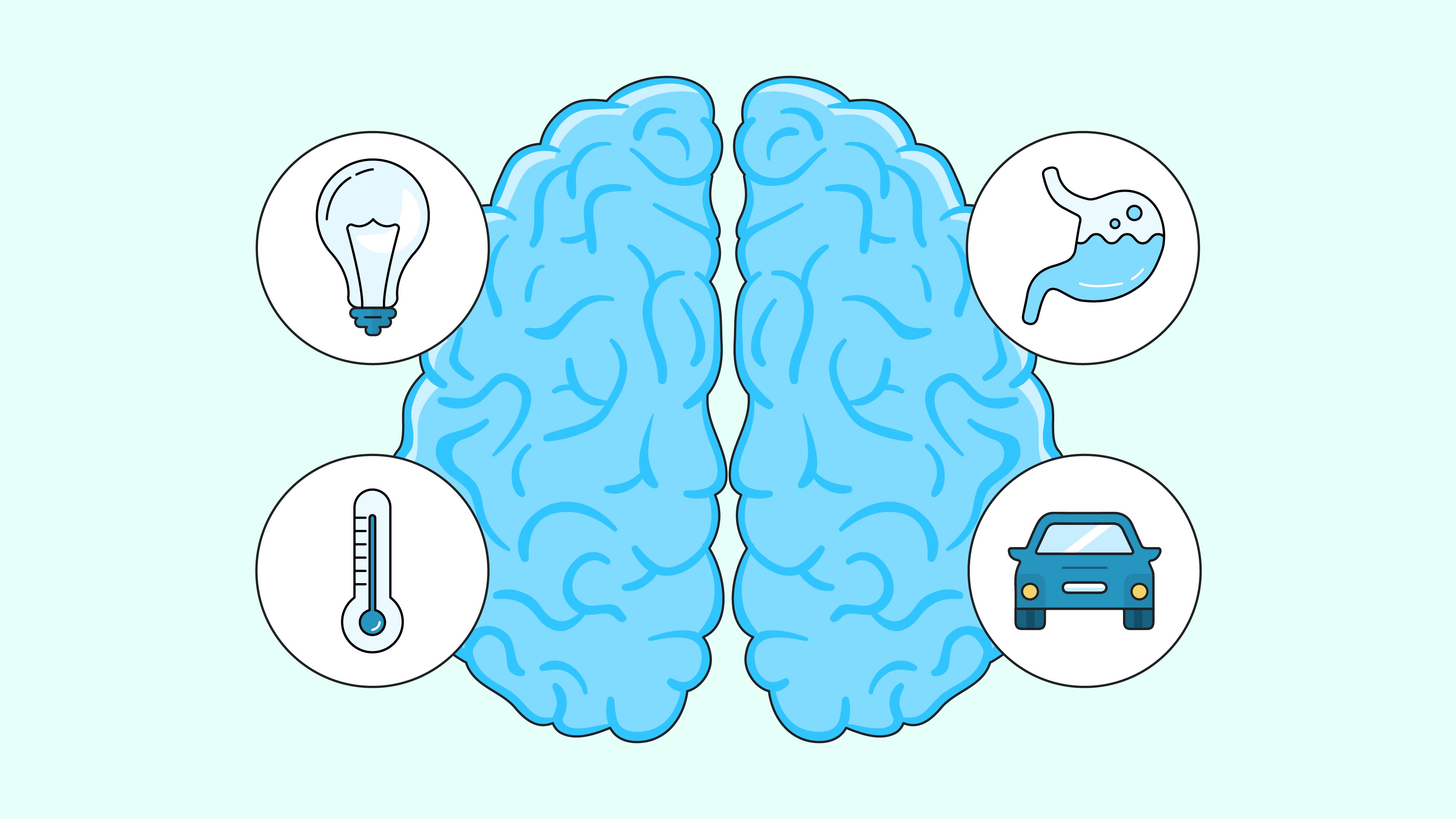 What Happens When You Don’t Sleep For A Day

Dr. Jessee Dietch earned her Ph.D. in clinical health psychology with a specialization in behavioral sleep medicine from the University of North Texas. She completed her psychology residency at the Durham VA and her postdoctoral fellowship at Stanford University School of Medicine and VA Palo Alto. She is currently an assistant professor of psychology at […]

Think one night of sleep loss doesn’t affect you? Think again! Many people assume it isn’t a big deal to lose one night of rest, but the effect sleep deprivation can have on your mind and body are actually quite surprising. When days turn into weeks of continuous sleep deprivation, the results can even be devastating. The myriad effects of sleep loss on everything from weight to memory means getting rest is one of the most important things we do every day.

Healthy adults usually require 7-9 hours of sleep per night, but recent prominent surveys have shown that a significant proportion of Americans are getting much less. The Centers for Disease Control estimates that as much as 30% of people average less than 6 hours per night. The National Sleep Foundation also estimates that upwards of 60% of Americans experience sleep issues a few nights per week or more. This national epidemic of sleep deprivation is important because it poses significant safety risks to everyone and the health costs are staggering.

Sleep is as integral to our health as nutrition and exercise, yet many people are overwhelmed with hectic schedules and trim their hours of rest to accommodate the demands of family, work, and social activities. Teens are at particularly high risk due to school, activities, and sports, yet they actually have a higher demand for sleep than adults. Keep reading to learn why you should make sleep a priority.

The Effects of One Night of Sleep Loss

A single night of sleep loss can be measured not only physically with blood samples that show its effect on hormones, but also visually, and by reaction times. The problem of fatigue is shown in the following examples of how it affects one’s body and mind.

Hormones that control hunger and satiety are skewed when a person experiences even one night of sleep deprivation. Leptin influences how full you feel after eating and is lowered after missing rest. The hormone ghrelin, which affects hunger and cravings, increases when you are suffering from sleep loss, packing a double whammy. This means not only do you crave more food, you are also likely to eat bigger portions. Scientists in one study found distinct correlations between habitual short sleep (not getting enough sleep on a regular basis) and increased BMI, concluding that chronic sleep restriction may be a contributing factor to obesity.

You May Get Sick Easier

Your immune system is negatively affected by sleep loss and chronic deprivation. With a dulled immune response, your body is less effective at fighting infection and viruses and your body’s fever response is also impaired. A Carnegie Mellon study found the odds of developing a cold were over 4-fold for people sleeping less than 6 hours per night. Some research has shown that immunizations and vaccines may also be less effective due to the slowed immune response.

Cortisol, the hormone related to stress responses, rises with sleep loss. This hormone not only influences how we deal with stress, but also affects the body’s use of glucose and fat storage, particularly in the abdominal area.

Your Blood Sugar May Rise

One of the physical changes related to sleep loss is increased blood sugar. In a sleep-deprived person, it is speculated that insulin production drops or sensitivity changes, which causes blood sugar to increase. When it happens often, sleep deprivation could increase the chance of developing diabetes or blood sugar issues. Research indicates that getting much less or more than about 7 hours of sleep may be related to an increased risk for Type 2 diabetes among men in particular.

Cognitive performance, including complex decision-making skills, innovative thinking, basic math and reaction times are affected by sleep loss. The speed, accuracy, and the ability to multi-task may also be impaired according to some studies.

Sleep deprivation slows communications between the frontal lobes of the brain, which affects your attention span, particularly in spatial, visual and auditory realms.

Your Memory is Impaired

Working memory, or short-term memory, is where the brain temporarily holds information for processing. The frontal lobe is also where much of this working memory activity takes place, from acoustic and verbal information, referred to as echo memory, and for visuospatial information, referred to as iconic memory. Impaired working memory affects concentration and can make doing complex tasks difficult. This makes you more prone to errors on routine tasks, which can affect your performance at work and school. Some studies have also found sleep loss affects long-term memory, including your ability to recall memories at will and facial recognition. Memory is thought to be consolidated during sleep, which may be part of the reason it is impaired when rest is skipped.

You May Be More Emotional

Moms often put kids down for naps when they get cranky, and one study indicated that our moods can indeed be affected by a lack of sleep. When deprived of rest, areas of the brain associated with depression and emotional reactivity become more active. Tired people are more likely to overreact to negative experiences and may have less ability to regulate emotions as the prefrontal cortex is hampered. 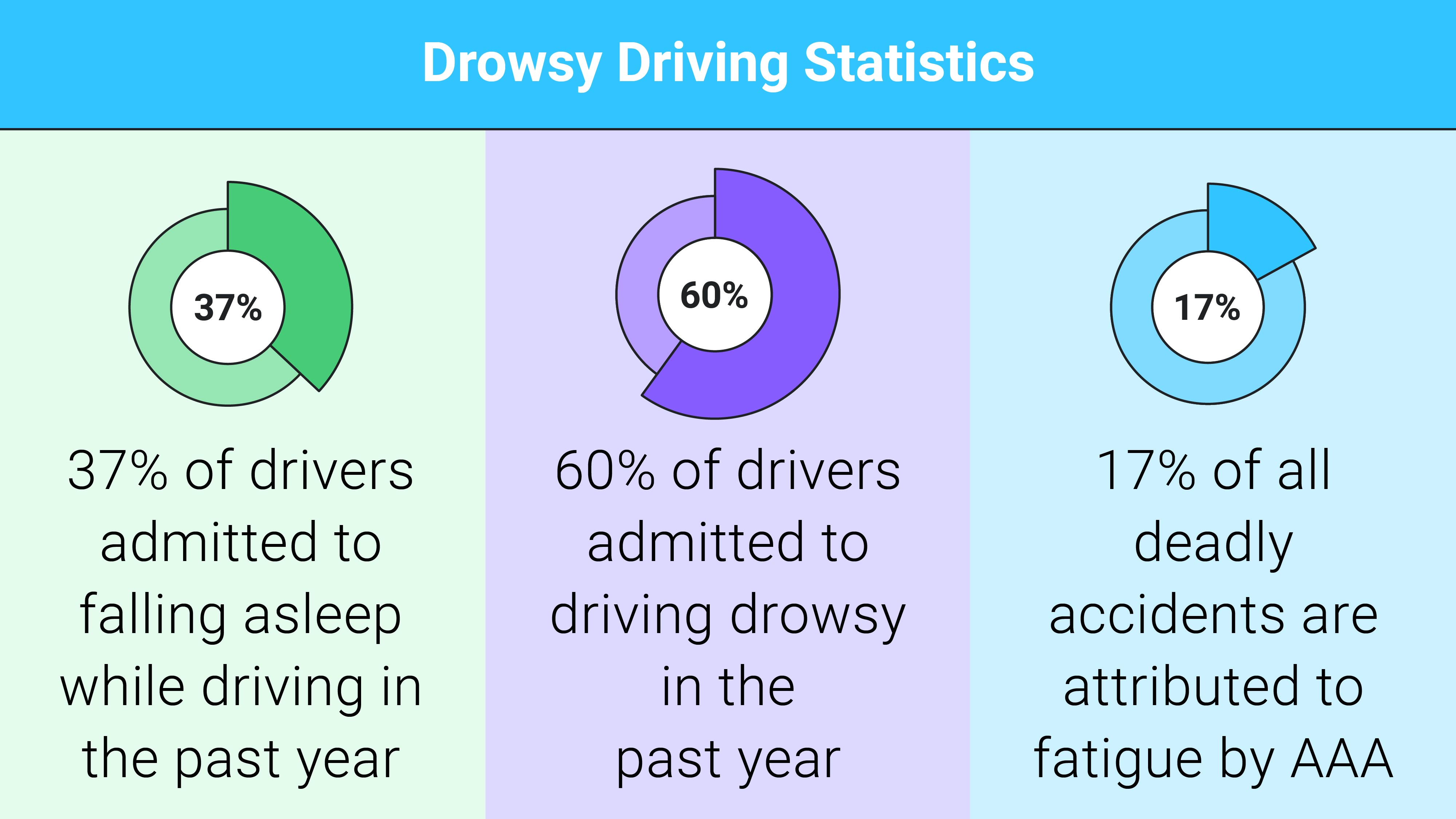 Driving is negatively affected by sleep loss as your ability to concentrate, analyze and react are diminished. Drowsy driving is a major problem in the U.S.

In a National Sleep Foundation survey, 60% of drivers admitted to driving drowsy and 37% admitted to falling asleep at the wheel in the past year. The National Highway Transportation Safety Administration attributes 100,000 accidents, 40,000 injuries and 1550 deaths to drowsy driving, and AAA attributes 17% of all deadly crashes to fatigue.

It is estimated that 24 hours of wakefulness makes a driver even more impaired than a blood-alcohol level of .10, meaning that drowsy driving could be even more dangerous than drunk driving. Drivers who regularly sleep less than 6 hours per night and teens/young adults are at the greatest risk for drowsy driving-related accidents.

You Don’t Look Your Best

On a superficial level, one study found that people were rated both less attractive and more sad when they were sleep deprived than they were well-rested people, while another found that missing rest also makes you look less approachable. Red, puffy eyes, dark under-eye circles and droopier skin are all side effects of being tired, and these facial cues figure into our assessments of others. When compounded over time, less shut-eye is also associated with greater skin aging.

Recognizing the impact that even a single night of sleep loss can have on your life highlights the  importance of adequate rest. Between work, fun and responsibilities, it can be difficult to prioritize sleep, yet not doing so can wreak havoc in all aspects of your life, straining relationships with family, reducing productivity at work, causing disease, and even shortening your lifespan. When you are rested, you look better to others, you physically feel better and your mind is sharper.

Learn ways to improve your sleep quality and duration. Often referred to as “sleep hygiene,” simple changes like scheduling adequate time to sleep, shutting off electronics, getting exercise, going to bed and waking at regular times, eating healthy, and making your bedroom comfortable can all make a difference. Our website has many articles on healthy sleep and finding the best mattress for your lifestyle if you are looking for ways to boost your rest!

“Sometimes, making sleep a priority is just not enough. If you find yourself struggling to fall or stay asleep, you may have insomnia which is unlikely to be solved with changes in sleep hygiene alone,” says Dr. Jessee Dietch, an assistant professor of psychology at Oregon State University. “Alternatively, if you sleep enough hours but still don’t feel rested, you could have another underlying sleep disorder like sleep apnea. If you are making time for sleep but it’s not working, it’s important to seek treatment to help you address your underlying sleep problem.”

If you’re trying to decide between an extra hour of shuteye or continuing a Netflix marathon, choose sleep. Remember, even one night of sleep loss can have a big effect on your body, your looks, your mental state, and even your safety, especially when it becomes a habit.