It’s no secret that sleep and sugar go hand and hand. Who hasn’t been jolted awake by a sweet piece of candy only to crash a half-hour later? At Sleep Junkie, we care about all things that affect our ability to get a solid eight hours, so as we saw Americans cooking up more and more sweet treats to cope with quarantine, we took notice.

We absolutely understand that the stress of the past few months made people restless, and that cooking and baking were great ways to cope. Still, we couldn’t help but wonder, were all these extra dips into the sugar bowl costing Americans more sleep than it was worth?

In order to get a better idea of just how much extra sugar Americans were cooking with over the past few months, Sleep Junkie decided to look at the sugar contents of America’s favorite quarantine dishes. In order to do this, we decided to create our own sugar content study.

First, we gathered a list of America’s favorite quarantine recipes by collecting the Google Trends data for several of each state’s top-searched recipes during the quarantine. Having compiled a list of treats, we found an average set of ingredients for each and added up the recipe’s ingredients to find the total grams of sugar. Finally, we went ahead and combined our findings with our calculated amounts of sugar, as well as overall calorie counts, in order to understand which sugary recipes were inspiring Americans masked trips to the grocery store.

The results showed that different recipes were especially popular nationwide, but some of the top-searched meals might surprise you. 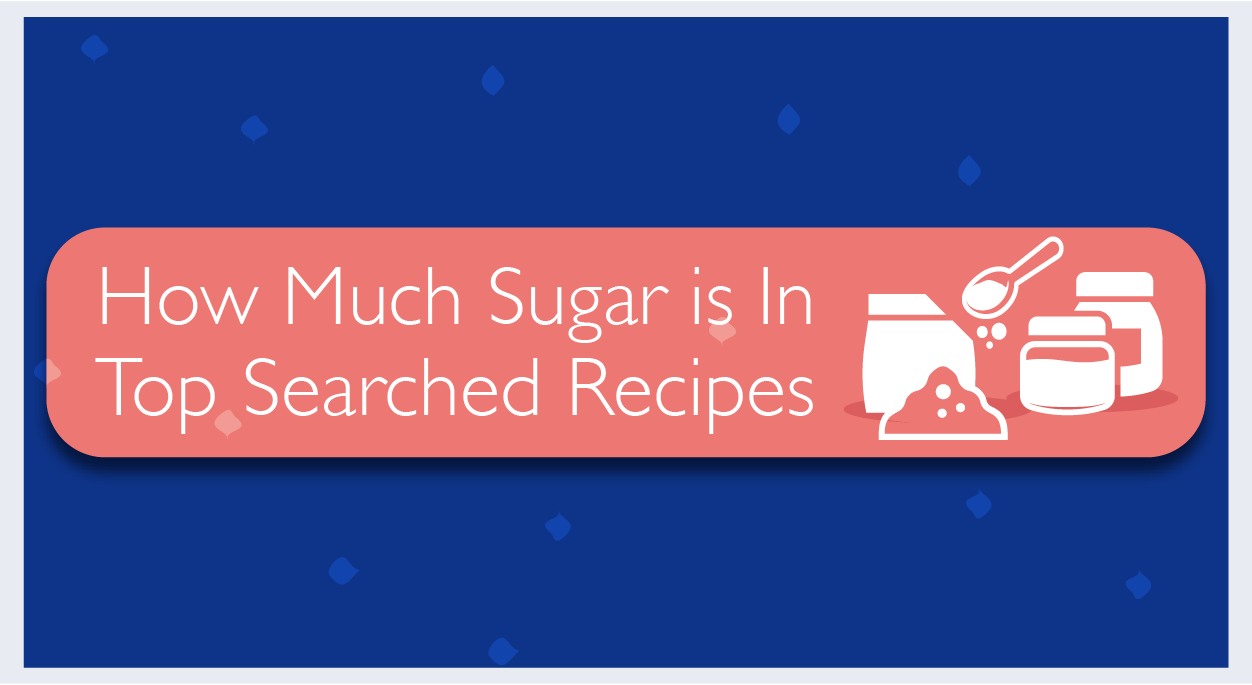 First, the top recipe was not the most sugary – not even close. “Hamburger recipes” was the top-searched term during the first months of social-distancing. The recipe was the top-searched term in twelve total states, most of which were in the Midwest. For what it’s worth, while hamburger recipes are low on sugar, with only 3.8 grams, a big burger could definitely send Americans into food comas after a long day of remote work. 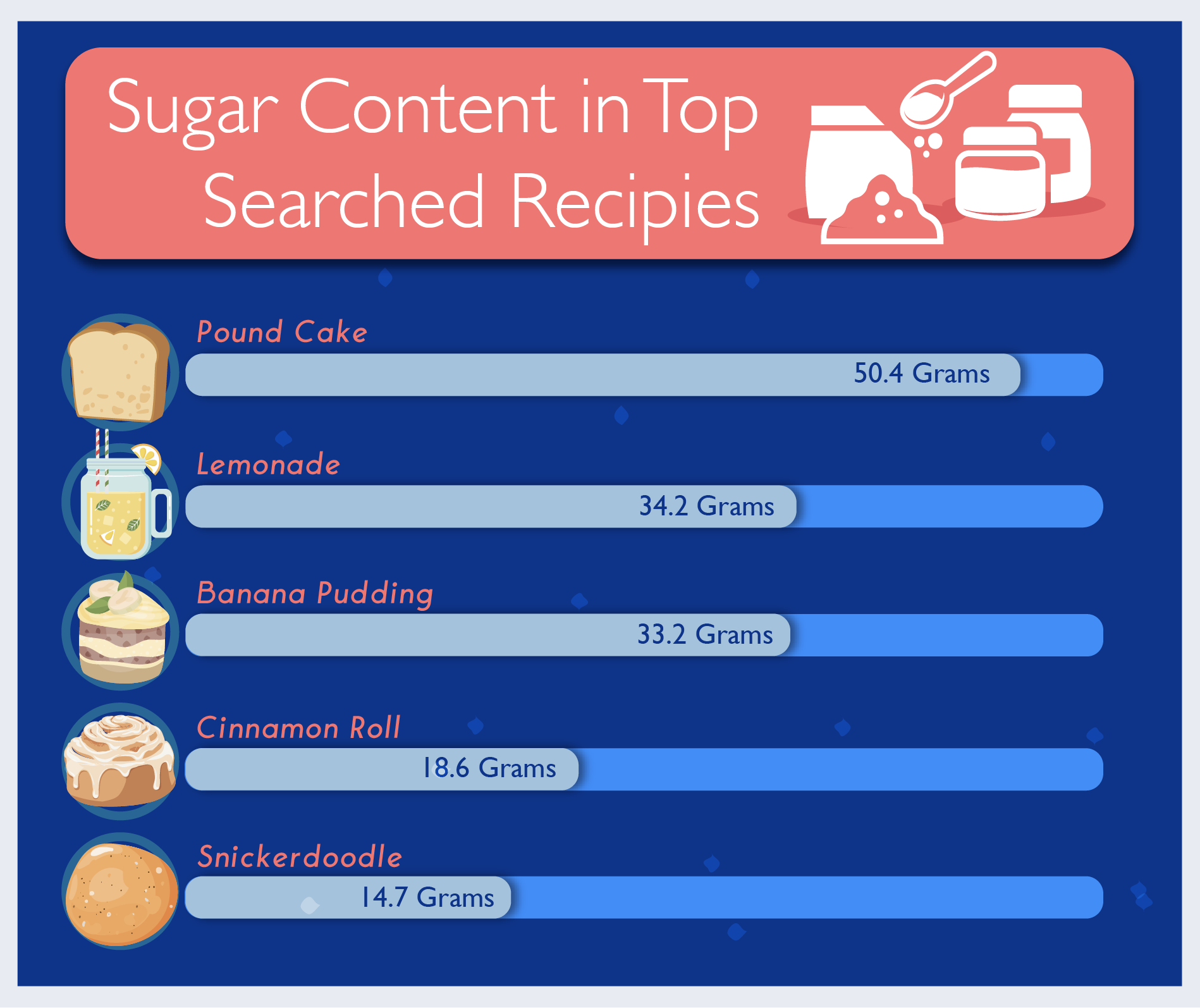 So, if the most popular recipe wasn’t the most sugary, what was? That super-sweet designation went to the pound cake, which topped search lists in North Carolina and South Carolina. Apparently, residents of the Mid-Atlantic states have exceptionally sweet teeth, given that the pound cake recipe had a whopping 50.4 grams of sugar per serving, far exceeding the recommended daily amounts for both men and women. In fact, the sugar intake for residents eating these recipes is probably even higher considering that eating just one slice of cake can seem impossible.

Of course, we also wondered how the viral recipes of quarantine fared in terms of sugar content. It definitely seemed that for the first month of quarantine, everyone was trying their hand at baking bread. Sure enough, “bread recipe” was the most searched term in five states, making it the second-most popular term on the list. The residents who browsed online for a bread recipe would likely be happy to know that their quarantine treat was not that sugary. With only 2.6 grams of sugar per serving, this recipe was one of the least sweet search terms in the country. Though, we can imagine that a smear of sugary jam on crispy crusts may have led to a fair amount of sugar crashes.

Across the country, many Americans tried to use their quarantine as a diet reset, or at least avoid the newly-coined “quarantine fifteen”, but we still found that residents in many states were inclined to make and consume sugary comfort foods.

As we move into longer periods of social distancing, it will be interesting to see if Americans grow weary of cooking or if they continue to explore new recipes in the kitchen, making a special point to seek out sweets. No matter what habits Americans take on, it’s of great importance for everyone to prioritize their physical and mental health. Thankfully, our team has compiled tons of guides and reviews for everything from mattresses to sleep research to make sure you get the rest you need.

So why don’t you whip up a healthy midnight snack, then snuggle back into bed?