How Do You Sleep at Night

How do you sleep at night? When you’ve cheated on your partner, stolen from your family, called someone a nasty name, or told a massive lie – does it keep you up at night and leave you tired in the morning, or give you nightmares?

We wondered this exact question, so we asked more than 2,000 Americans about their sleep quality and then compared it to various behaviors that weigh heavily on most people’s minds. Do those who should feel guilt-ridden about their actions count wrongs and not sheep? Or do they rest easy snuggled under the covers?

Here’s what we learned. 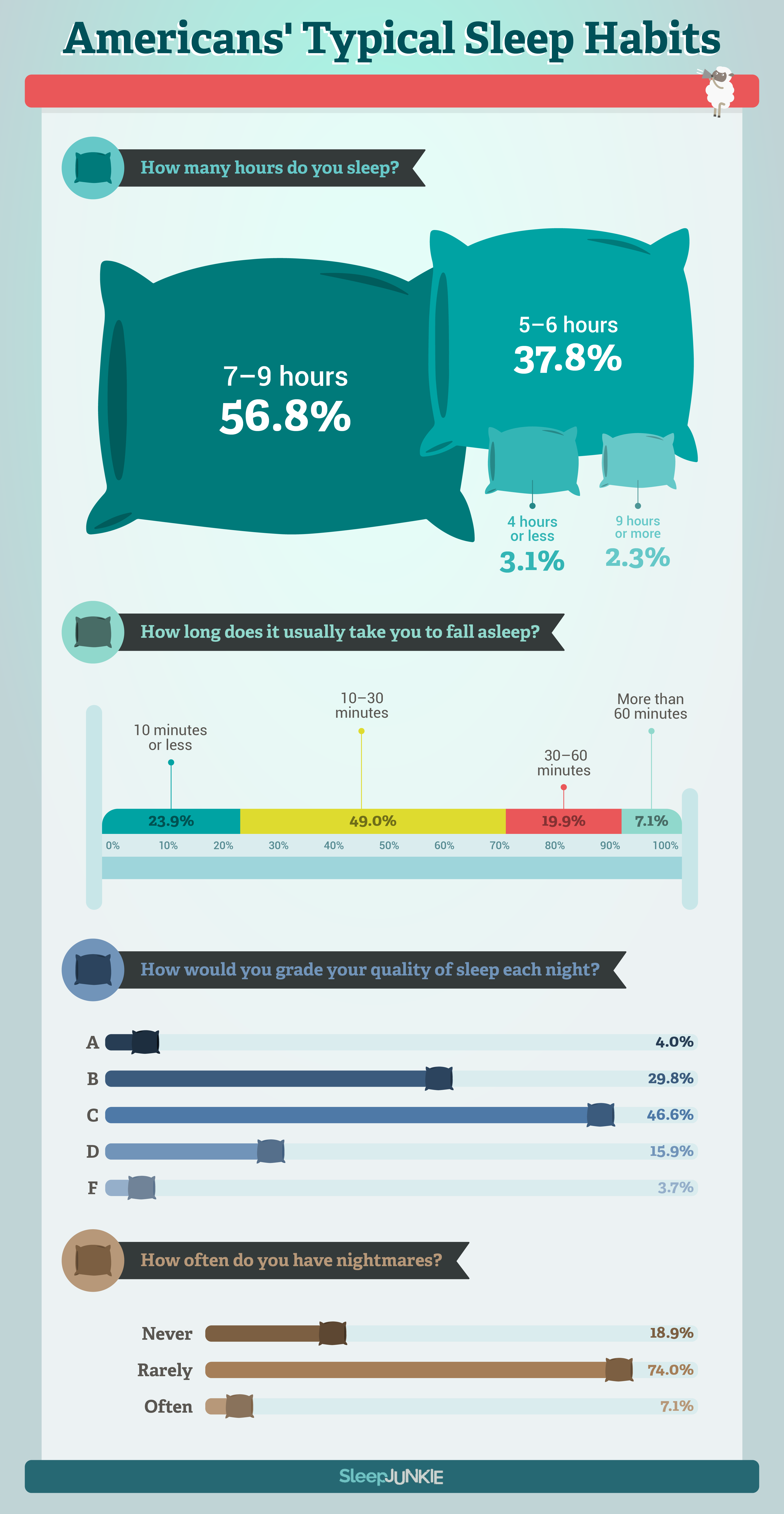 How well do most Americans sleep at night? According to our survey, the answer is complicated.

Doctors recommend that adults get seven to nine hours of sleep each night, and almost 60 percent of the people we surveyed got that amount or more. However, nearly 38 percent of respondents said they got only five to six hours of sleep per night. And about 3 percent got four hours or less each night.

More than 70 percent of survey participants also had a relatively easy time getting to sleep, with about 24 percent saying it took them 10 minutes or less to visit dreamland once their head hit the pillow. (Sleep specialists say it’s normal to take 10 to 20 minutes to fall asleep). Most respondents also reported rarely experiencing nightmares.

Unfortunately, the good news ends there. When asked to rank the quality of their sleep, most gave their sleep a mediocre C grade.

Is Nagging Guilt Keeping You Awake? 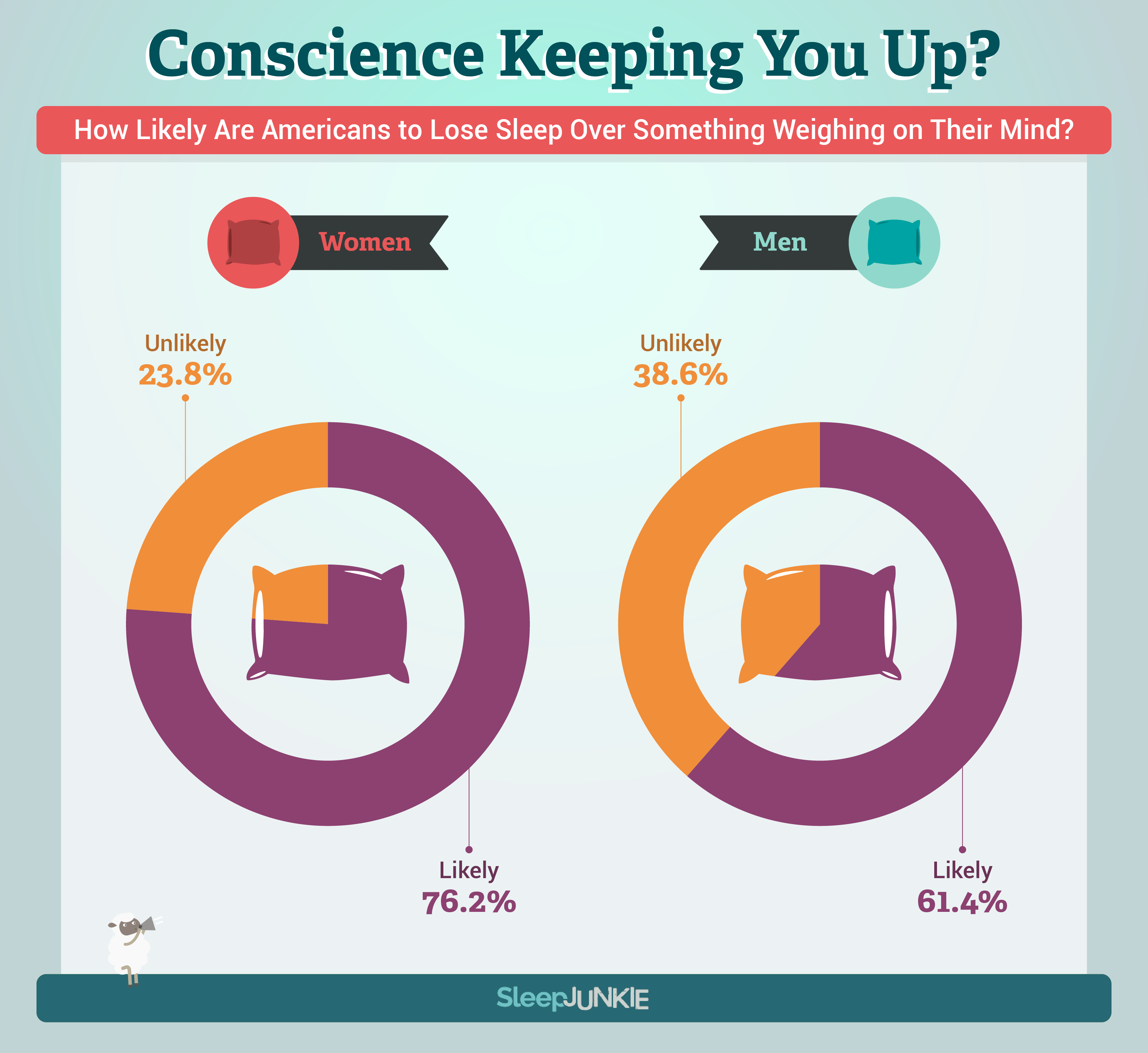 Now, let’s add some guilt into the mix. Would the average person lose sleep over it? More than 76 percent of women said it’s likely. About 61 percent of men said the same.

Women may be more inclined to lose sleep over their conscience because, according to experts, they tend to be more empathetic than men. It seems you can’t rest easy unless your moral compass is pointing in the right direction.

What’s Keeping You Up at Night? 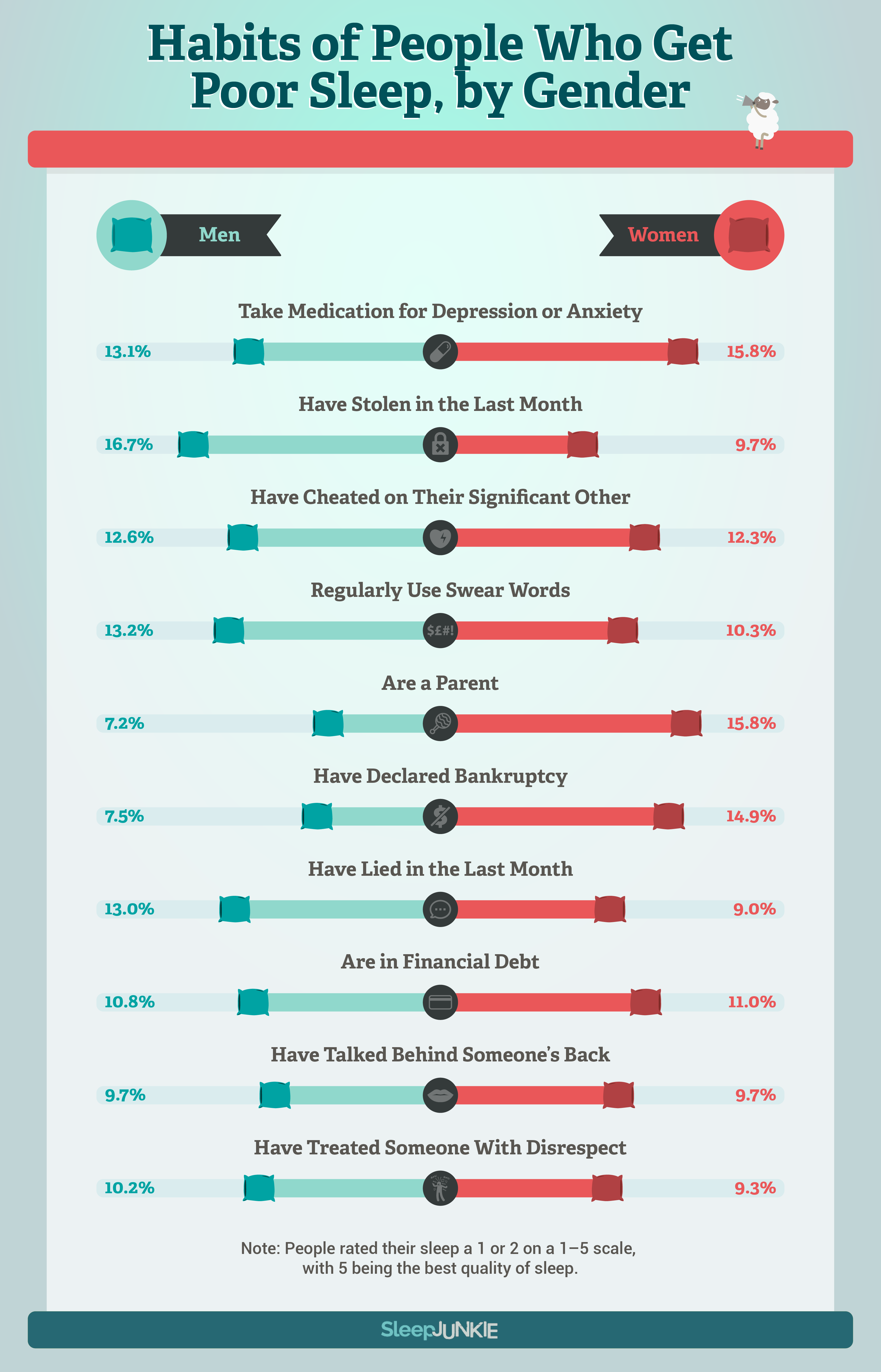 We asked our respondents about their questionable habits to see if things like cheating, lying, swearing, or financial troubles could be what’s keeping them wide-eyed when they should be getting some shut-eye. We also asked them about their parenthood status and about taking medication for anxiety or depression, since both are common factors that people say negatively impacts their sleep quality.

It turns out, the most common thing keeping us from getting our recommended 7 to 9 hours is taking medication for depression or anxiety. Of those who reported taking antidepressants, nearly 16 percent of women and over 13 percent of men felt it impacted their sleep.

For men, other potential sleep-killers included stealing (about 17 percent of those who had stolen said they didn’t sleep well), swearing (about 13 percent had poor sleep), and lying.

Sleep was hard to come by for women with children (with 16 percent of moms getting less sleep) or for those who declared bankruptcy (about 15 percent experienced lost sleep concurrent with this stressful experience). 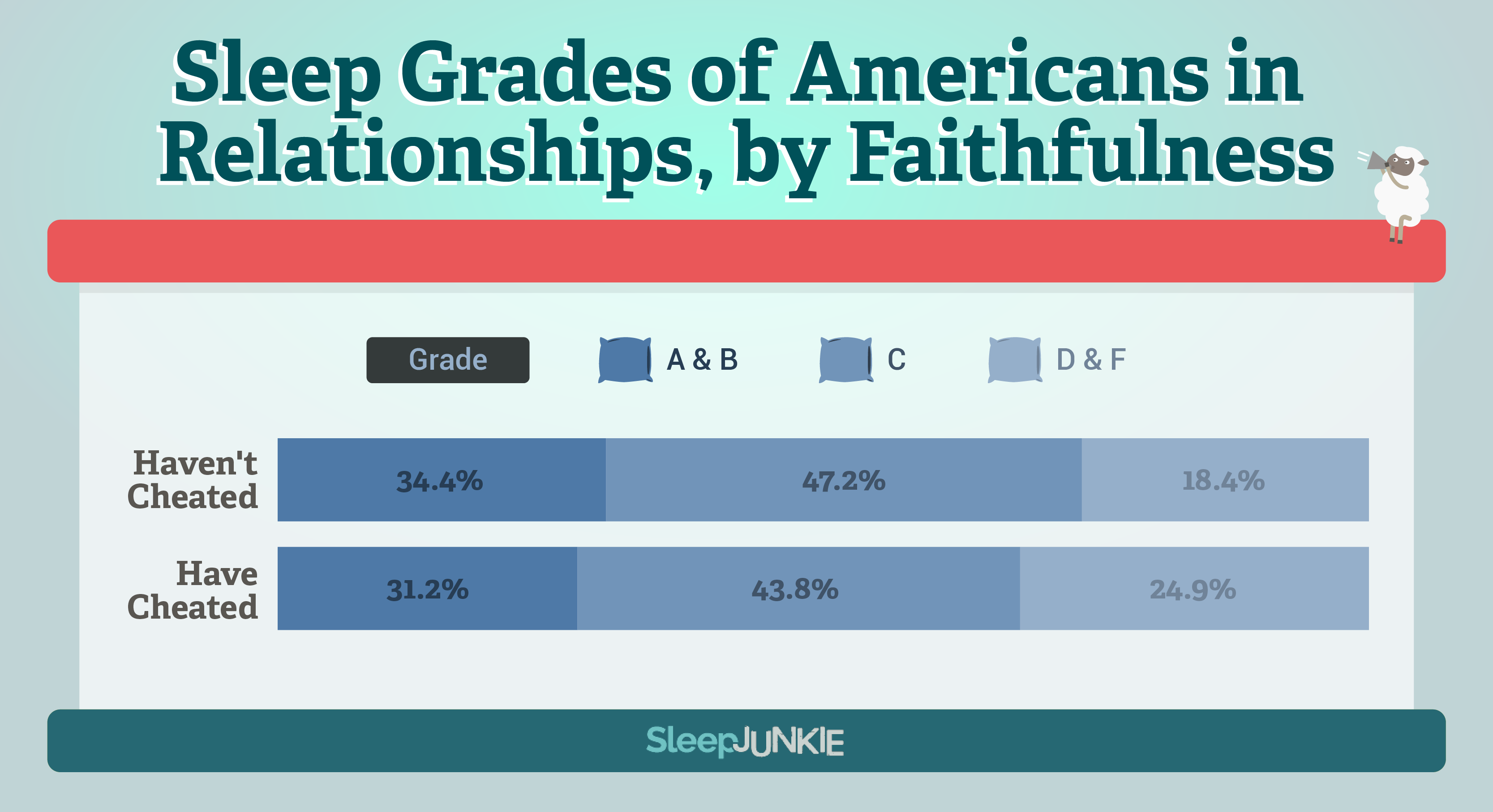 Surprisingly, being unfaithful to one’s significant other does not appear to have a major impact on sleep quality, but it does have some. About 34 percent of non-cheaters gave their sleep quality high marks – an A or a B – while cheaters slept well or fairly well about 31 percent of the time.

About a quarter of cheaters gave low marks to their sleep (a D or an F grade), while the rate for non-cheaters was about 18 percent. It’s true those poor grades represent a 30 percent difference between cheaters and non-cheaters, but even with all that bed-shaking going on, the numbers are not earth shattering. They seem to indicate that cheating mates sleep pretty much as well as those who don’t wander. 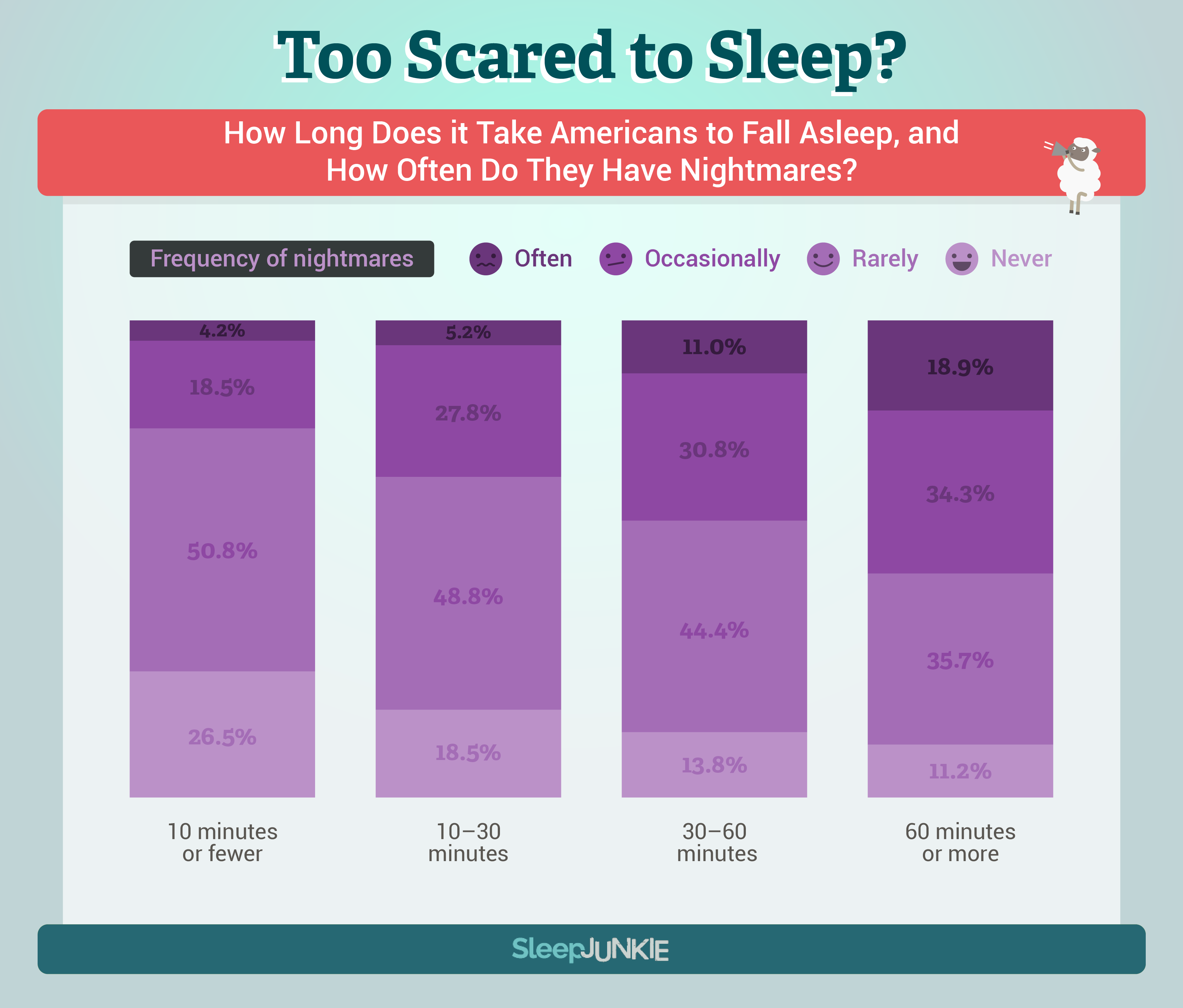 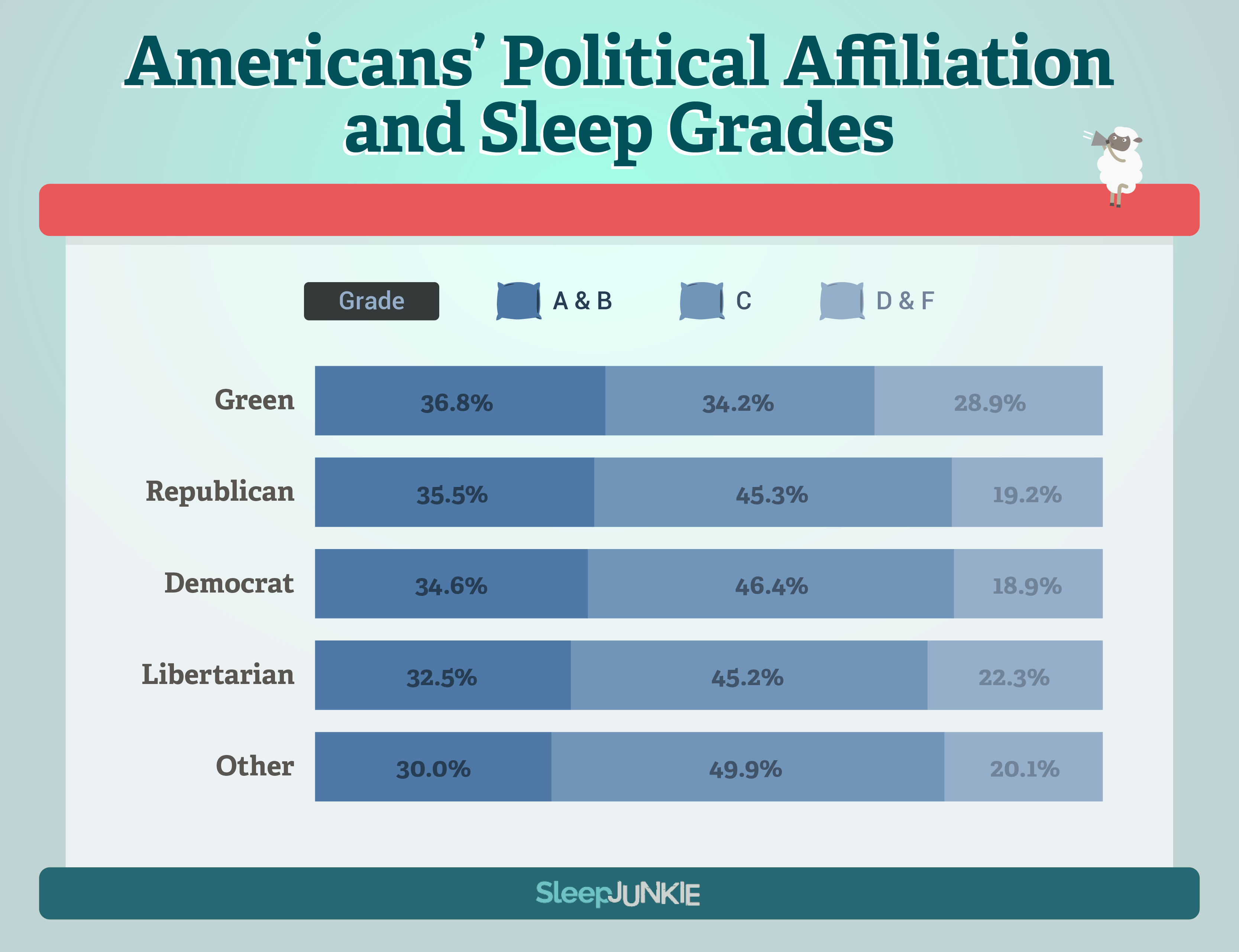 After a particularly contentious election – where morality and politics were often hard to separate – which party supporters are getting the best shut-eye? We asked our survey respondents to tell us their political affiliations and rank their sleep on a scale of 1 to 5.

Those who reported the highest-quality (4 or 5) sleep were associated with the Green Party (about 37 percent). Interestingly, Green Party supporters were also most likely to have poor sleep, with about 29 percent ranking their sleep a 1 or 2 (almost 29 percent). Perhaps worrying about the devastation that is being done to our planet is keeping some Green Party supporters up at night while others are sleeping well and feeling confident they’re on the right side of history. 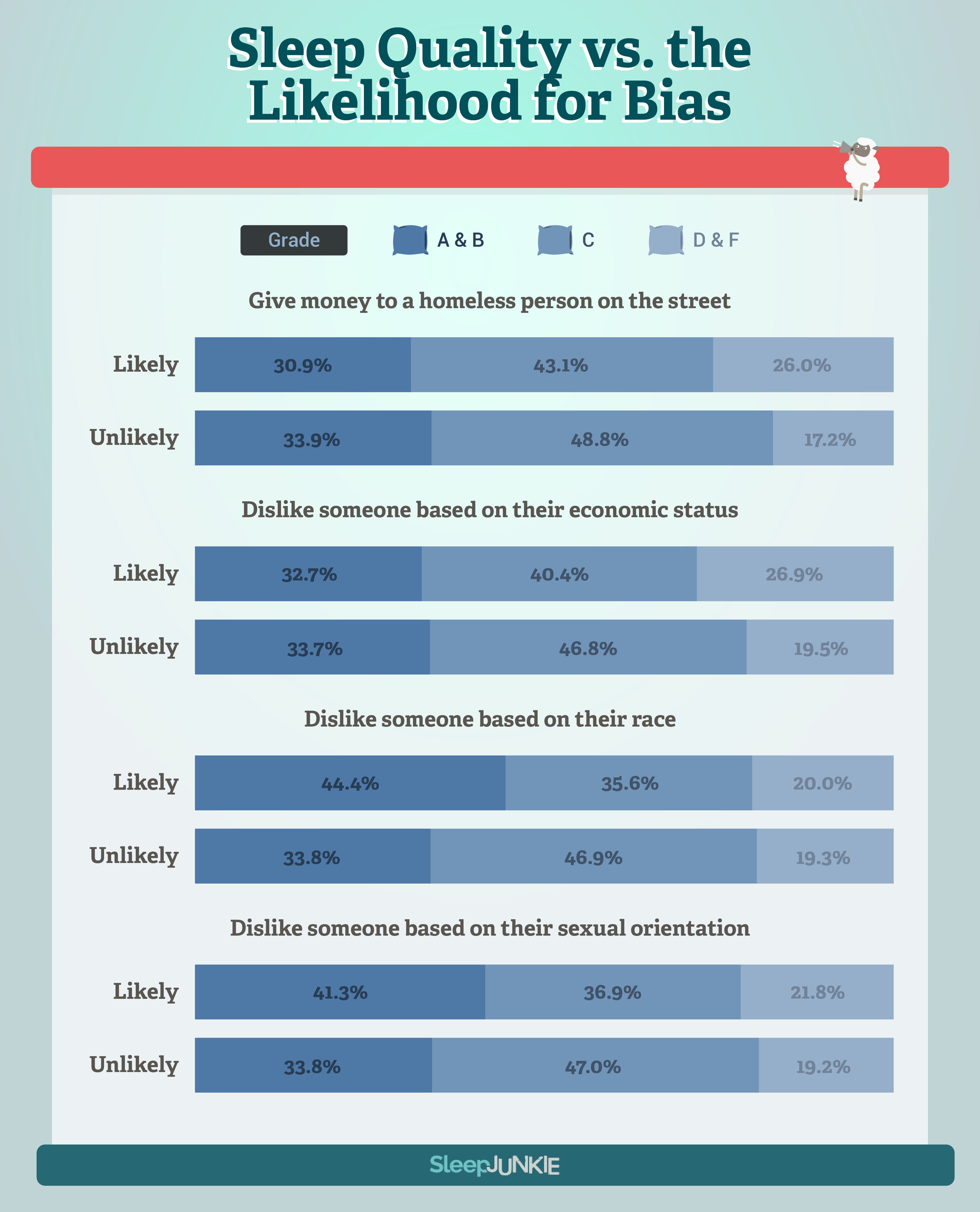 When we asked our survey respondents if they would give money to the homeless, or whether they looked down on the poor, and then compared their answers with their sleep quality, the results were surprising. It turns out – for the most part – the tenderhearted and not-so-tender-hearted get the same quality of sleep.

The two exceptions? Those likely to give money to a homeless person (26 percent) and participants likely to dislike someone based on their economic status (27 percent). Talk about opposites.

Love is All We Need 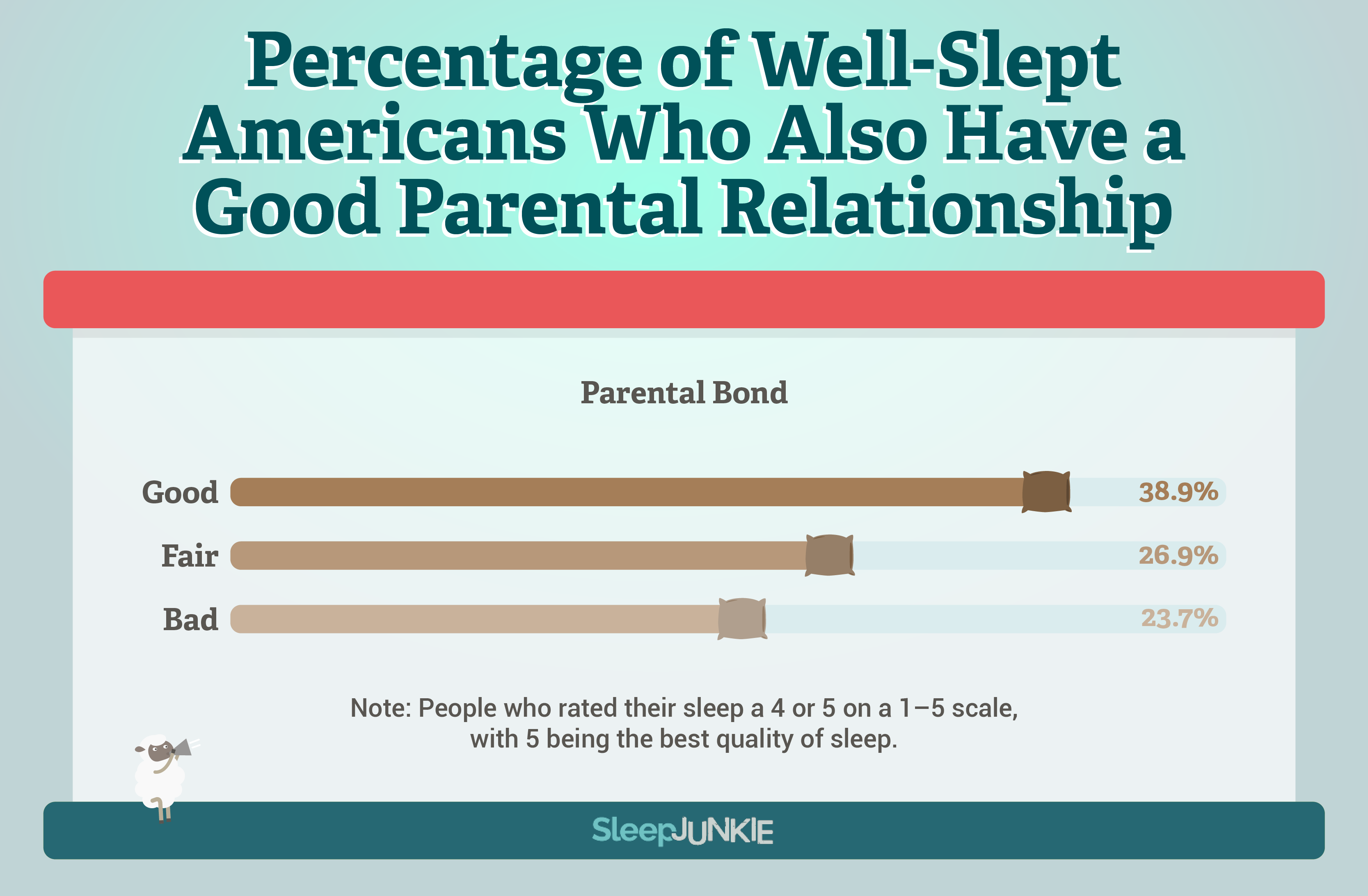 When it comes to sleep, the Beatles prove to be right again: Love is all we need. Respondents with a good relationship with their parents reported significantly better sleep. Perhaps this is because children who are raised in loving homes grow into more physically and emotionally well-adjusted adults.

Does Your Job Impact Your Sleep? 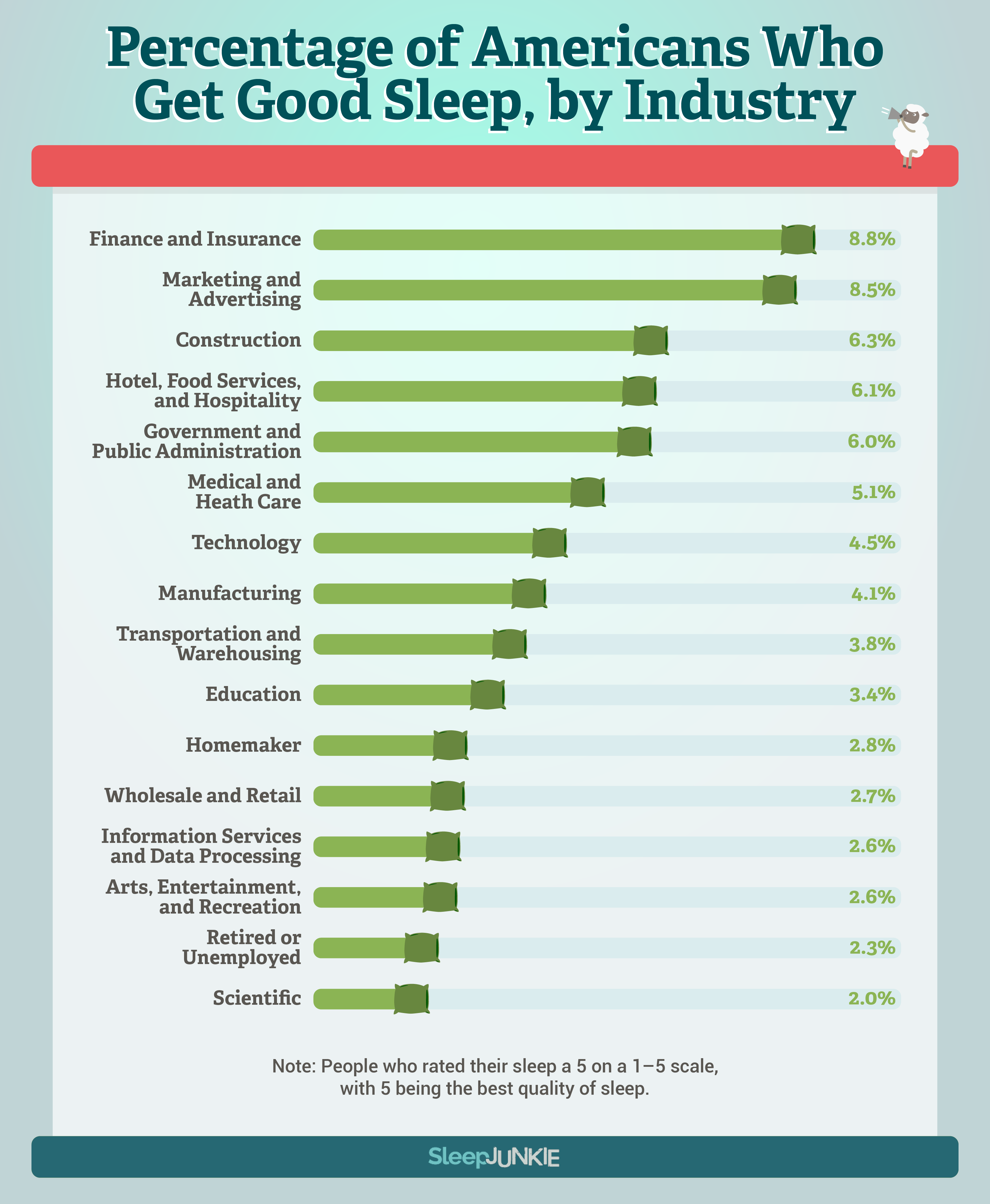 Those in finance and insurance (nearly 9 percent) and marketing and advertising (8.5 percent) were the most likely to report a perfect night’s rest. It’s true that Americans tend to worry a lot about finances and that stress and anxiety are sleep killers, so having financially stable careers such as these may have a positive effect on catching some shut-eye.

Whatever your job, political viewpoint, or your moral compass, the important question is: How is your sleep? Are you getting the recommended seven to nine hours per night? Do you wake often or have nightmares? And do you need to clear your conscience before hitting the hay?

If your sleep could be better (and, as our survey shows, many of ours can), there are a lot of things you can do to improve it. Experts recommend shutting off electronic devices at least 15 minutes before bed, but preferably longer. Regular exercise and good nutrition also improve sleep. And of course, the comfort of your mattress matters a lot.

We surveyed 2,000 Americans on their sleeping habits and the moral decisions they make every day. Survey participants also rated their sleep quality on a scale from 1 to 5 (5 being the best quality of sleep, or an A rating). 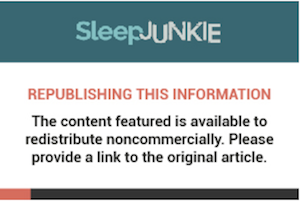