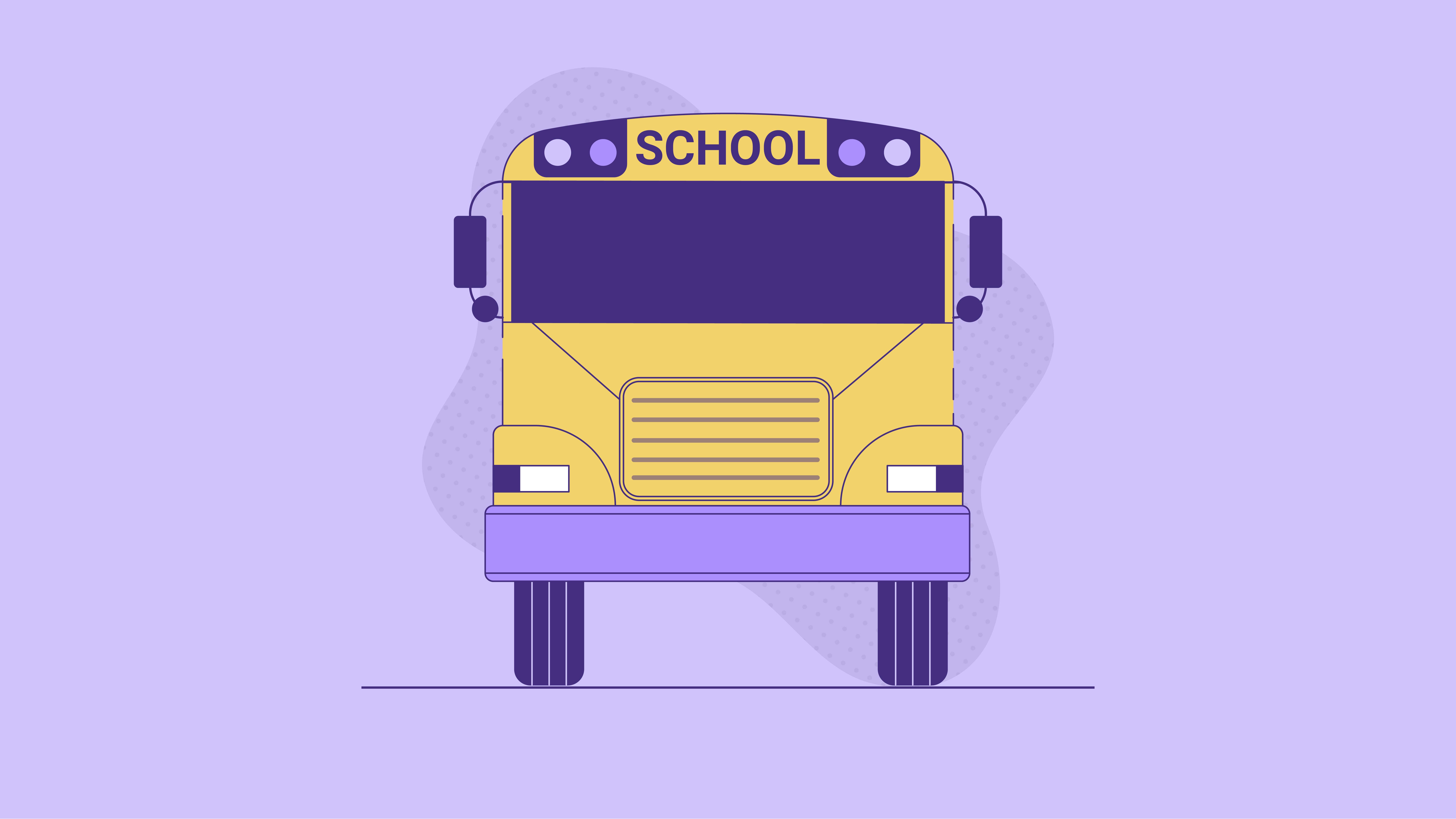 According to the CDC, roughly three-quarters of public middle and high schools start before 8:30 am. However, traditional school schedules don’t account for the natural sleep cycle of children and teens, and 60 percent of children complain of being tired during the school day.

A lack of sleep hurts brain function and development, and students who get more sleep have better memory and learning capabilities. They are also less likely to fall asleep during class and more able to process the information they learn. When students are less tired, they can prioritize homework after returning home rather than taking a nap or relaxing.

A 2018 study found that school districts who pushed start times from 7:50 am to 8:45 am had students getting slightly higher grades than they were before the change. Students who sleep enough have improved grades in their first-period core classes, higher graduation rates, and increased standardized test scores.

With later school start times, students can accommodate their natural sleep-wake times—going to sleep past 11 pm and waking up around 8 or 9 am. Sufficient sleep times give the body more time to repair and restore itself, benefiting the immune system, muscle recovery, athletic performance, and reducing daytime sleepiness. 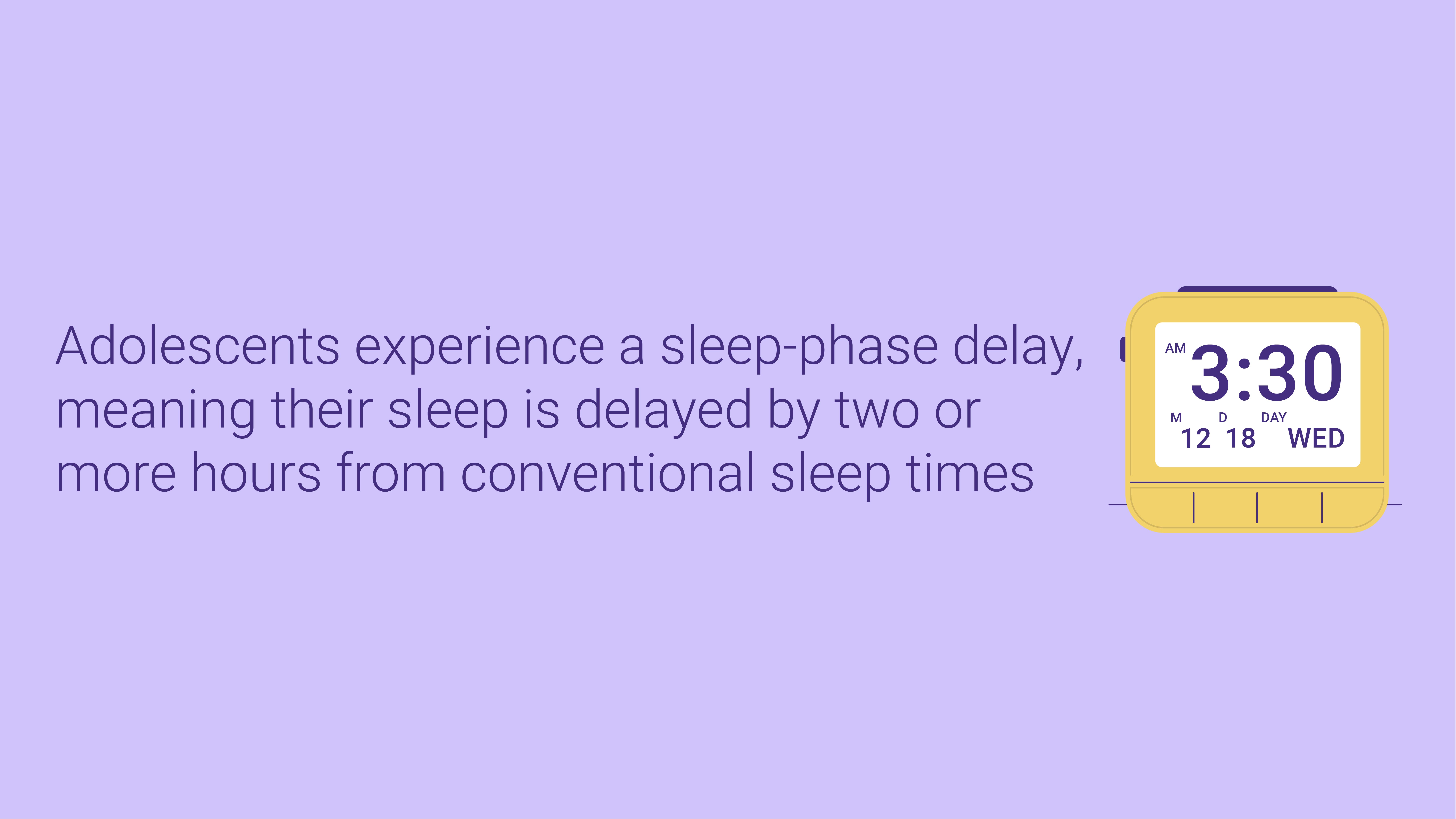 3. Extra Time For a Healthy Breakfast

When running late in the mornings, breakfast is the first thing we usually skip. However, with this bad habit, students are left hungry, making it difficult for them to concentrate in class. Excessive hunger leads to worsened eating habits, especially because reaching for a bag of chips or a slice of pizza is easier and more appealing than a bowl of fruit or a salad.

With extra time in the morning, students have the opportunity to eat a well-balanced breakfast and can focus on learning rather than their hunger cues.

Poor sleep leads to drowsiness and unsafe driving. Drowsiness is the cause of 1 in 10 car accidents every year, and 27 percent of drowsy driving accidents involve teenage drivers. However, students with later school start times have more time to sleep sufficiently and are significantly less likely to be in vehicular accidents.

Teens experience mood swings as a common result of puberty, however, poor sleep habits only worsen their moods and outbursts. Sleep deprivation may cause mood changes including anxiety, stress, irritability, lack of motivation, and depression.

When students sleep enough, their mood is more stable, positive, and they’re at a decreased risk of developing depressive symptoms. For parents, children who sleep enough are generally easier to live with.

By sleeping adequately, students’ bodies have enough time to repair and heal at night. Students who sleep well have more energy to exercise and choose healthier food options, while sleep-deprived students overeat and rely on caffeine to make up for the lack of sleep.

Exhausted students may skip school to sleep more, but if altered school schedules permitted them to sleep longer, they’d be less likely to be truant or tardy.

A 2016 study looked at eight high schools that delayed their school times from 7:20 am to 8:35 and 8:55 am. They found a significant decrease in truancy and tardiness, with one of the schools citing a 66 percent decrease in tardiness.

Adolescents experience a sleep-phase delay, meaning their sleep is delayed by two or more hours from conventional sleep times, thus making it difficult to wake up at a conventional time. Teens and older adolescents, in particular, have a later melatonin release and shut off, and typically go to sleep at 11 pm or later.

As a result, most teens feel wide awake when they’re supposed to be sleeping, but still have to wake up at 6 or 7 am, leaving them tired all day.

While starting school later is seemingly beneficial for young people, it’s reasonable to wonder why so few school districts have implemented these changes. Despite the benefits of a later school schedule, other factors prevent it from becoming a more mainstream practice.

A later school schedule clashes with the average parent’s work schedule, so some parents might be unable to drop off their young children at school or stand at the bus stop with them. If parents have older teens, their younger siblings are left under their care, but then the teens themselves would have little help starting their mornings and getting to school.

Parents, teachers, school boards, and government officials are just a few of the individuals involved in shifting school times. School schedules impact the entire community, so leaders need to find a common ground beneficial to everyone, and this takes time and resources some communities might not have.

Scheduling for buses can become quite difficult if schools start later because school districts typically reuse the same buses for their elementary, middle, and high schools. If buses started traveling during rush hours, student pick-ups and drop-offs would take longer and bus drivers might be unable to get from one school to the next.

School districts would need to hire more bus drivers or further disperse school start times to complete their routes. However, even later start times might not align with students’ and parents’ schedules.

An early start and end time for schools gives students time to go to work and participate in extracurricular activities, such as sports, clubs, or internships.

For students who need a job to support themselves or their families, a later start time would inhibit their ability to work as much and earn money. And, if they continued to work despite a later start and end time, they’d have less time to complete homework afterward.

Additionally, later start and end times would push back extracurricular activities, so students would have less time to focus on homework, prioritize their social lives, and sleep well. It’s unlikely students would drop their extracurriculars, especially as there’s an increasing amount of pressure for students to add them to their resume.

What is the average time students wake up for school?

The average start time for schools is 8:30 am, though some start as early as 7 am, and most students wake up roughly 30 minutes to an hour before school. Students who take the bus need to wake up a bit earlier, however, to reach their bus on time.

Should I sacrifice sleep to study?

For some, staying up late or skipping sleep entirely to study for a test or get homework done seems like a good idea, but it’s harmful in the long run. Students who stay up late completing work are more likely to struggle academically the following day, regardless of the time spent studying.

Build a schedule where you can study sufficiently, but still get sufficient sleep for your age. While you shouldn’t study less, it’s more important to prioritize getting quality sleep than staying up to study.

How can I help my child sleep better?

As a parent, it’s stressful watching your child’s health suffer as a result of poor sleep. You can help them by teaching them the importance of sleep hygiene (habits to foster healthy sleep), limiting their electronics usage before bed, setting a bedtime, and incorporating sleep-inducing foods to dinnertime.

Do students get too much homework?

More than two hours of homework per night does little to benefit grades, and the stress and time leave students awake much later than they should be.

Starting school later mainly prioritizes students, however, it’s potentially less stressful for teachers as well. By having more time to sleep, teachers can improve their health and quality of life just as much as students.

Given the information researchers have, students’ academic performance and overall health are directly linked to their sleep quality. Starting school later requires gradual change since many variables impact typical school schedules, including extracurriculars, student jobs, and parents’ work schedules. In the meantime, students should learn the value of prioritizing sleep, and parents should reach out to school officials and urge for later school times.